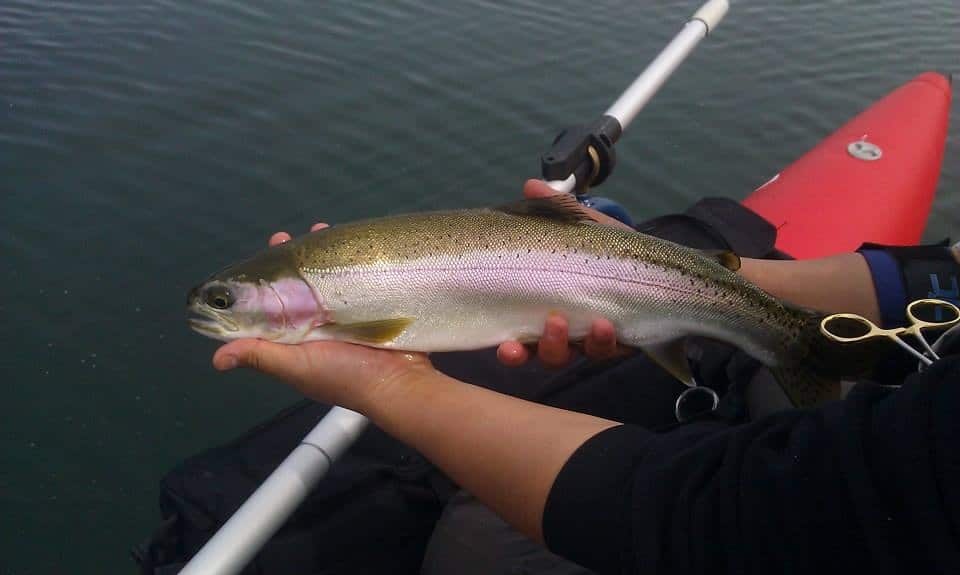 Chironomids, also known as buzzers or midges, are a type of insect that hatches in freshwater streams and lakes. They are often confused with mosquitos as they are similar in appearance. Chironomids generally don’t bite humans, but can be found in swarms when a large hatch occurs. We generally fish Chironomids at the pupa or larval stages. There are many different species and variations in chironomid pupa which result in a plethora of colours and sizes throughout the year.

First, the most important factor when it comes to chironomid fishing is locating fish. The best tactic to employ is the use of a fish finder. Whether it be an inexpensive unit or a unit that is capable of showing intricate bottom features, a fish finder will show you where the fish are stacked in the lake. You may have to play with the sensitivity settings to ensure everything that you are seeing on the screen are actually fish and not debris.

For the purists out there who don’t use a sonar unit, or for those that don’t have it in their budget, there is still hope to find fish. Look for those that are rising, or “moving” as we call it, in the still-water lingo. That will at least tell you if there are fish around. 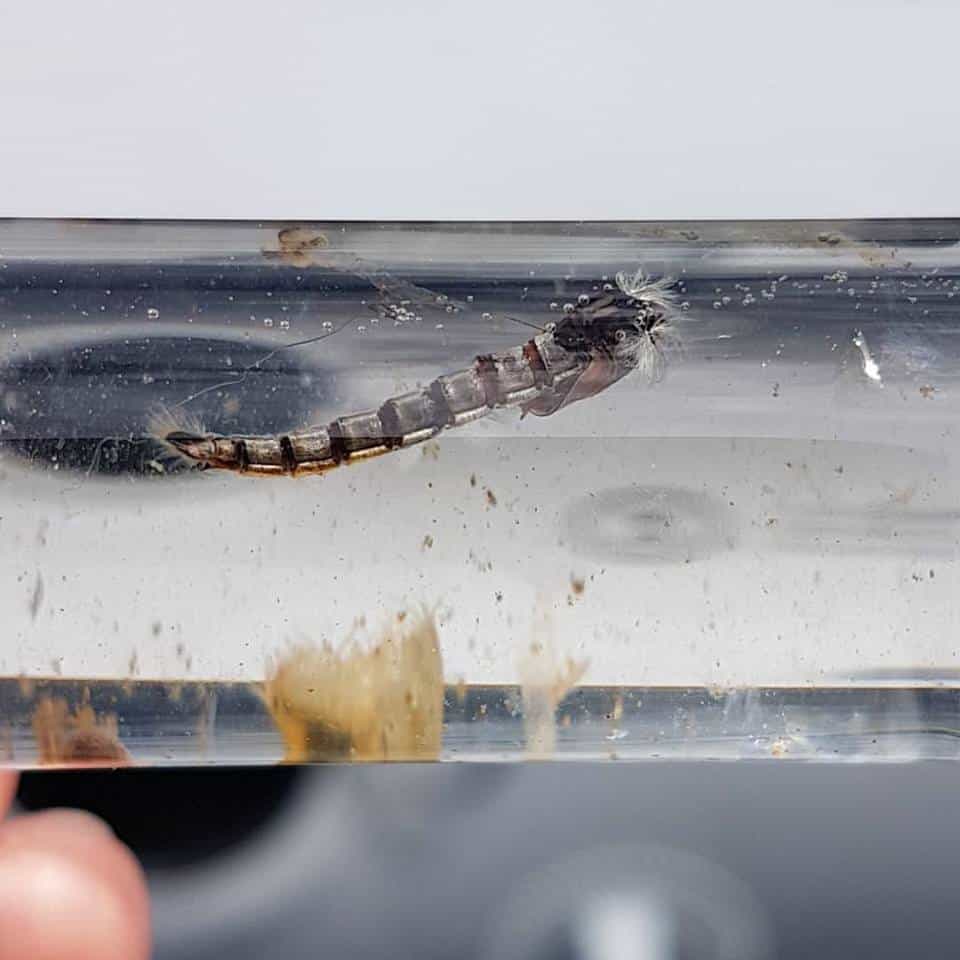 Once you are confident there are fish around, you must anchor your boat in a fashion that allows you to cast directly over top of the fish. It is far more effective to have heavier anchors places at each end of your watercraft than it is to have a single anchor at one end. The most common error fly fishers make is not using enough anchors and not using ones that are heavy enough. The last thing you want is to be blown off your anchors and pushed away from that honey hole you searched so hard for. For boats up to 10 ft, including pontoons, use at least 10lb anchors. For 12 ft boats, use a minimum 15lb anchors. And for those larger guide boats, 16ft+, use 20-25lb and heavier. Anchor lock systems will make life easy when you are lowering and raising heavy anchors all day. They manage the anchor rope nicely and hold them in place with precision.

Second, now that you have found the fish and positioned your boat for success, it is time to get your fly down to where the fish are feeding. The sonar will give you the depth at which the fish are sitting. Use a set of forceps or a clipable weight attached to your chironomid and continue to lower it down into the water. Raise the chironomid to the corresponding fish depth on the sonar and set your indicator. If you are not getting any bites, change your depth before you change flies or location. In many occurrences anglers will have their fly below the trout where they cannot see it. Bring the fly up a foot at a time until you’ve covered the water column sufficiently.

Third, now you can try to locate the spent casings of the emerged adult chironomids. This will give you a size reference for your pupa imitations. From here try using the standard colour combinations such as black body with red rib, or chrome with red rib. Once you catch your first fish, use a throat pump to sample the contents in the throat of the fish. Try to match what you find.

These are just a few basic tactics to help with chironomid fishing. Be persistent and you will find success!