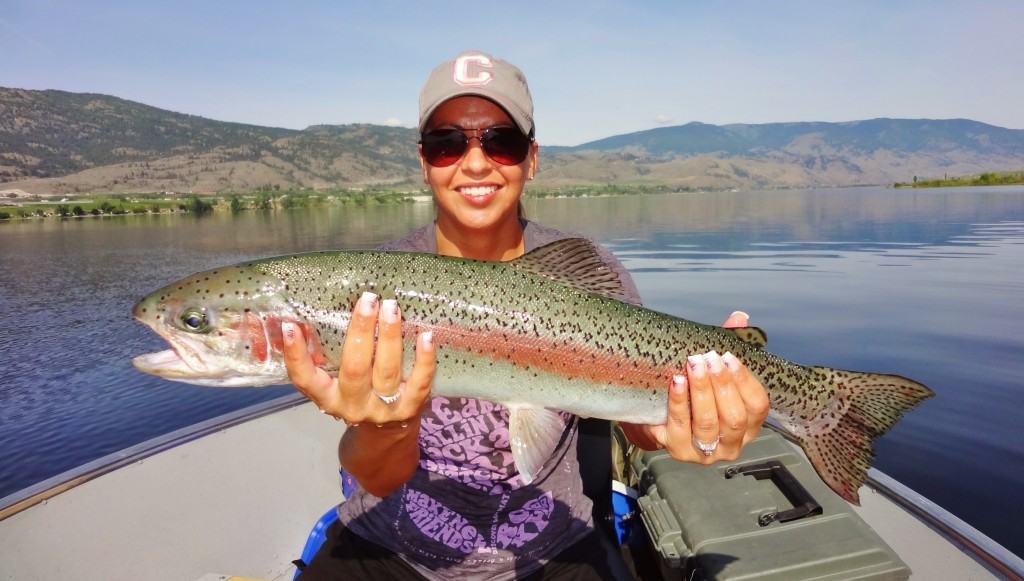 The summer period is no doubt the most comfortable time for anglers to target Trout on the bigger water bodies. The weather conditions are stable and lots of us are spending our summer vacations with rod in hand and trolling the freshwater in prowl of that catch of a lifetime!

The summer can be some of the best times to fish but they can also be some of the most challenging periods. Numerous factors come into consideration to whether the Rainbow Trout will come out and play or not. Follow some of these basic summer fishing tactics to help you hook more fish this summer:

Rainbows can be very active in the summer months as their metabolism is in full swing. Not only is the summertime a great time to experiment with new baits and lures; but you may have to unlock that secret pattern or tactic that will get the fish to strike! Let’s face it; fishing pressure on our lakes is at its highest during the summer. Fish aren’t that smart but they do become somewhat conditioned to the same old presentation that they see day after day. By trying new tactics, lures and baits you may just one up the angler next to you as you’ve presented the fish with something new!

Some high quality sonars will pick up the thermocline, but if yours doesn’t simply increase the sonar’s sensitivity and look for a consistent depth of where fish are suspended. Experiment with which depths to target, just above the thermocline, middle of it, or even just below it.

Inlets such as small streams that feed a lake offer essential factors for a Trout’s survival. A stream usually provides cooler water and generates an increased amount of oxygen for the fish. After heavy rainfalls the inlets act as a conveyor belt of food that washes into the lake. Inlets will also hold and attract smaller forage fish that large Trout like to feed upon. Either troll through these inlet areas or anchor up and cast towards the mouth of the freshwater.

Using bathymetric maps to identify fast dropping contour lines will help you identify drop off ledges that hold fish. Trout will seek deeper cooler water with easy access to quickly ambush passing forage fish. Deep drops allow a Trout to go deep into comfortable cooler water but they can also easily swim to the top of the ledge and feed when the opportunity arises. Trolling these ledges with bait fish presentation such as a Lyman Lures Plug or Apex Lures will “match the hatch” nicely.

The Early Bird Gets the Worm!

The old wives tale that the best fishing times are at first and last light; this can’t be truer than in the summer months. It’s most natural for Trout to feed at first light and just before night fall. In the summer the sun is hot and bright which will push the fish deeper into the water column. As the day progresses Trout also become less active and somewhat lazy. This doesn’t mean that Trout won’t feed or attack your lure during mid-day; you might just have to go deeper and slow your tactics down. Also in the summer months the lakes are being used for other water sports such as wakeboarding or tubing. This increased water traffic can shut off the bite and drive the fish deep. In summary, stack the odds in your favour by targeting Trout in the first 3 hours of light and into the evening.