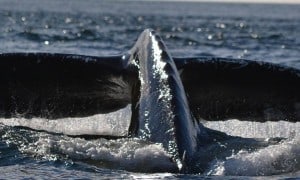 Prince Rupert has always been a great place for salmon fishing. The Skeena River and its bigger tributaries such as the Bulkley, the Babine River, as well as the Nass (not a tributary of the Skeena) make for huge runs of salmon and large numbers of salmon feeding in the Rupert area; more specifically near the work channel.

Prince Rupert is probably the salmon capital of British Columbia for the last 20 some years. The numbers of Sockeye, Chinook and Coho that run through Rupert waters is to say the least, awesome!

I’ve always said there are no down days of fishing in the Rupert area. If you’re trailering your boat each day to the Rush Brook boat launch you can certainly haul it to the mouth of the work channel. There is one problem though and that’s the goat trail from the highway to the bottom of the work channel. Its 11.7 k from the highway and pothole city with traveling speeds of 5 to 10km/h so you don’t wreck your vehicle or your boat and trailer.

Once you’ve reached the bottom of the work channel launching has its quirks in that if the tide is high you can launch on the creek side. If its low tide there are two areas to launch by driving down the beach and taking the launch that suits your boat. Having a 4×4 is an asset to launch in this area as there is a steep grade coming from the ocean side launch.

With South East winds gusting from 30 to 35 knots the work channel is the alternate place to fish and the 48 k of travel up the fjord is just spectacular to see. On the right going up there is another 8km channel called Quottoon Inlet and at the center of this inlet is Quottoon Narrows. This is where beautiful rapids are present on the flood tide and as well as on the ebb. To top it off at the end of this beautiful inlet is Thulme falls coming from the Thulme River.

Further up this fjord is Trail Bay where spring salmon like to hang around and feed and across from it is Dolphin’s Fishing camp situated on a huge barge. This location is close to the mouth of the work channel where Dolphin guides know these waters and are very successful at catching big springs.

One of the locations to fish at the mouth of the work channel is the famed Indian Head. The wall by this structure is probably the most sought at location for big springs and at times it never disappoints. These areas boast lots of feed for salmon and humpback whales alike. On our last trip to the work channel we were awed by Orcas coming near our boat! Of course scaring the heck out of the salmon to the point of leaving as soon as they showed up and relocated to the North West end of Parkin’s Island; this is where we do well catching our Coho limits.

If one does his due diligence on the weather conditions on a daily basis and has local knowledge as to where the salmon are feeding and heading; by that I mean if there are lots of salmon at Melville Island. However, one day they might not be there the next day they could be over by Avery Island. Success is pretty much how you take on the task of finding where the salmon are. Prince Rupert has some great local guides that will take you to where the salmon and halibut are. The only problem that arises is that the coolers you brought are not big enough for the catch you’ll get into!

Some of the great local guides like Deep Spring charters and Something Fishy are tops in their field. Success sometimes is not only measured in quantity of fish but to get quantity and have a great time doing it is what these two charter guys do best.