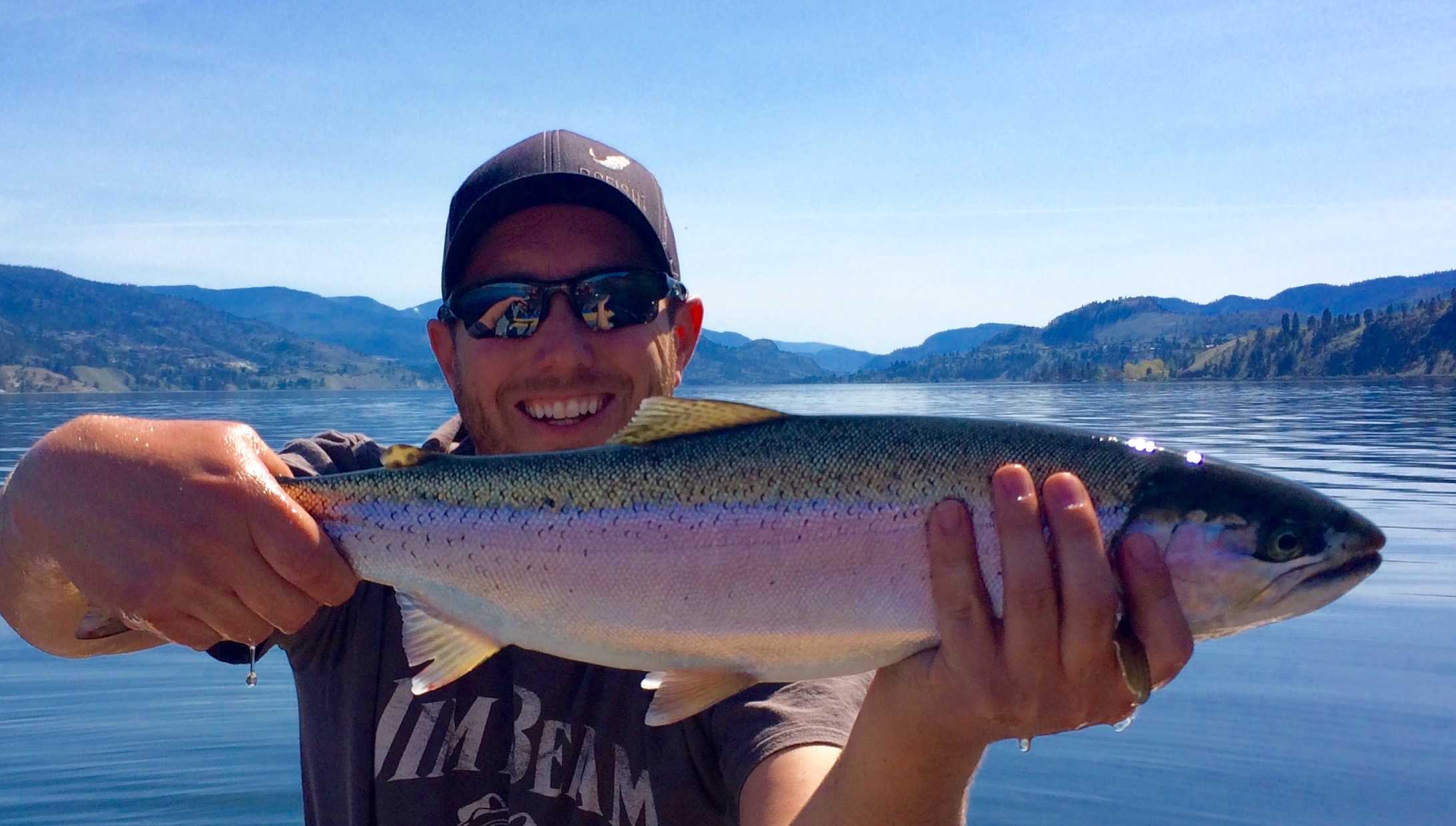 The warmer spring temperatures ignite many of the Pacific Northwest’s freshwater lakes and streams with an abundance of fry. These fry are a combination of salmon fry such as Sockeye, Chinook and of course Kokanee. In some regions the fry hatch from their gravel redds, then are immediately thrown into currents that lead them directly into a freshwater lake exposed to looming predators.

These salmon fry are vital components to a healthy trout fishery as they are one of the foundations of the food chain. With this in mind it allows us anglers to catch bigger trout by mimicking salmon fry while trolling bigger water bodies. Lakes such as Shuswap, Mabel, Mara, Kamloops, Skaha, Osoyoos and Pitt Lake are only a few of many lakes in BC that are pumped full of salmon fry that become incredible trout fisheries.

In order to best mimic the fry to trick a trout to take your presentation, it is important to have a slight understanding of the fry’s lifecycle and how the they will move throughout the lake. Once the fry enter the lake they will begin to school up seeking food. Their diet is mainly made up of zooplankton until they become large enough to eat aquatic insects. When the fry first enter the lake they tend to stick near the shelves, moving between the shallow ledges and the deeper water. They will eventually adapt a comfort level to the deeper water where majority of the zooplankton resides. Within a few months of actively feeding in the lake the fry will start to develop distinctive vertical dark marks along their body, this life stage is referred to as a Parr. Depending on the environment in which they live in, this transition usually occurs in mid to late summer. The size of the fry in the spring is typically 1-1.5 inches long and during the Parr stage they can range from 3-5 inches.

Some salmon species such as Sockeye, the fry will remain in the lake up to a year before they have developed the ability to live in saltwater at which time they make their run to the ocean; this life phase is referred to as a smolt. Kokanee being a landlocked salmon species will not leave the lake and will continue their lifecycle within the freshwater.

Now that we understand the lifecycle and habits of a salmon fry we can now apply a fishing method to best mimic this forage.

During the early to mid spring period anglers can imitate two types of fry, the newer fry entering the lake from the rivers as well as the parrs transitioning into smolts getting ready to make their journey to the ocean. In the later spring to early summer the smolts will exit the lake. Hot lures to use are Apex’s, Delta-Gibbs Spoons, Gibbs Hockey Sticks, Lyman Lure Flatties, and Luhr- Jensen Coyote Spoons. If you are using a fly rod a selection of fry pattern flies will do the trick.

Trolling shorelines near mouths of tributaries and shoals with easy access to deeper water can produce well when the fry are evolving from the tributaries into the lake. Slow trolling between 1.5 to 2.2 mph tends to produce the best. When pursuing trout that are feeding on juvenile parrs and smolts it is best to rely on your electronics in helping you find their schools, also known as “bait balls”. On the sonar these bait balls will appear as a large cloud of dense colour. Numerous times you will find large fish arches below or near these bait balls. These arches represent opportunist trout feeding. Trolling your presentation within the same depth or just below these bait balls will attract these aggressive trout to strike. 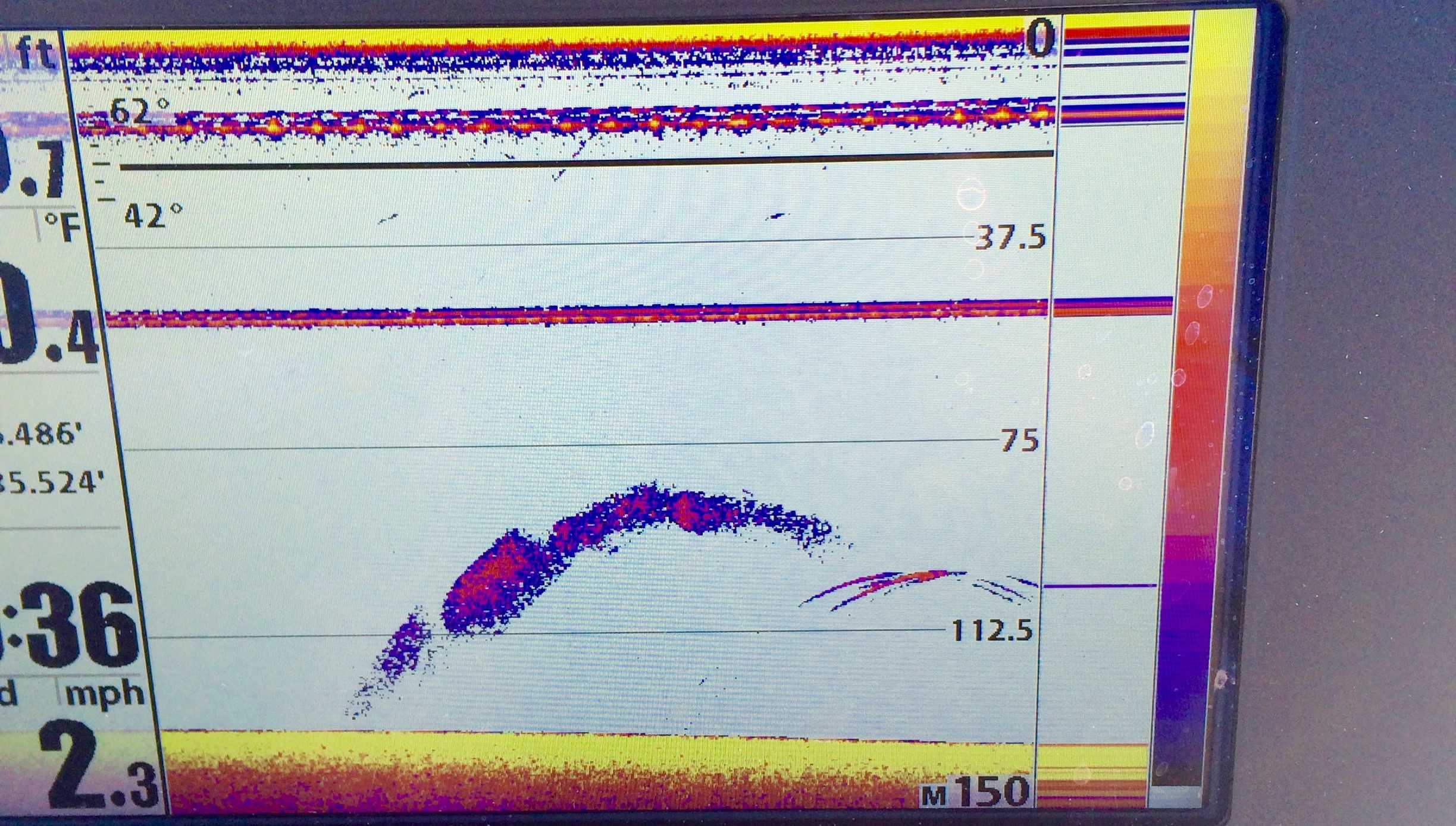 By applying these basic tactics and mimicking the salmon fry it will help improve your odds when fishing larger lakes. During this period the trout are fed well and have a lot of fight in them making it for a potential catch of a lifetime!

We always recommend that before heading out to target these fisheries it’s a good idea to always check the fishing regulations. These types of fisheries are well managed and tend to have specific regulations that apply.